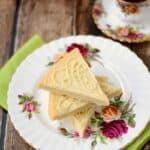 This is a tale about Traditional Shortbread, Bigelow Tea and College...and how they belong together. My daughter Cassi is attending college in Florida, and school is about to start. So like any loving mother who's child is a million miles away would do, I am putting together a Back to College Care Package to help her get through those crazy college study sessions..... 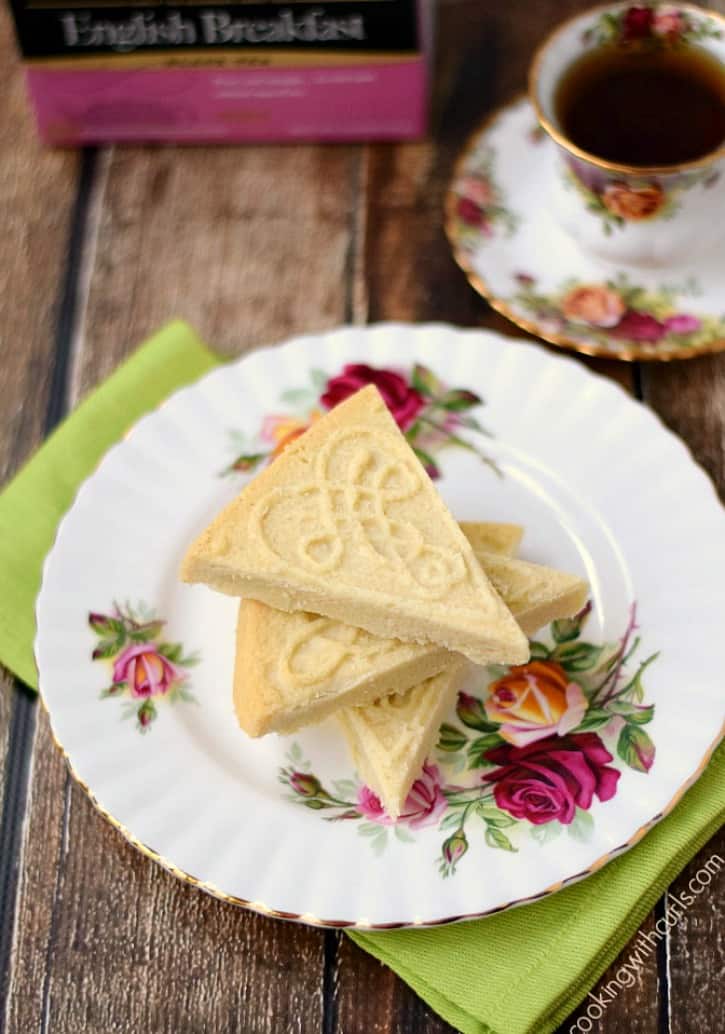 This shop has been compensated by Collective Bias, Inc. and its advertiser. All opinions are mine alone.

It all started on a hot and muggy day in Iowa, when a mom headed out to a wonderfully air conditioned Target store nearby. Because she has the store memorized, she was able to head straight to the Coffee/Tea aisle and find a collection of Bigelow Teas that would be perfect for her care package!!

The mother had a plan in mind, and bought every flavor that she could. It has been many years since the mother attended college herself, but she remembered those late nights  studying for tests. Lots of caffeine was going to be needed! Being a mother, she knows that there are times that you also need a good night's sleep, so decaffeinated tea was going to be needed as well..... 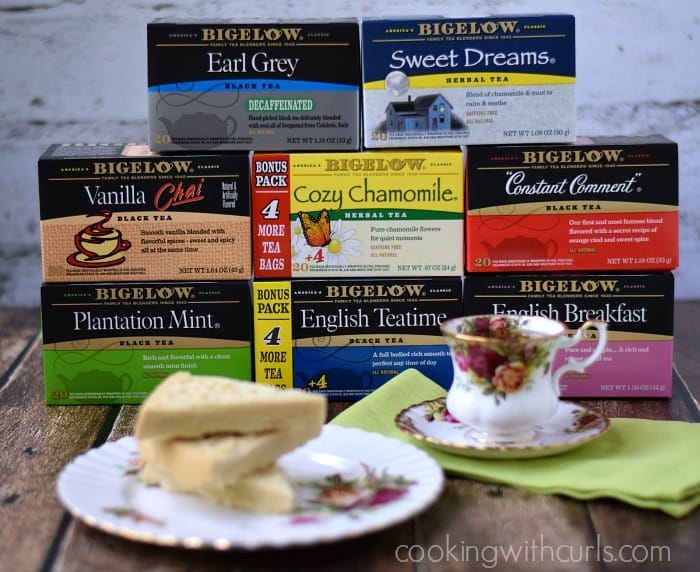 Since this mother had been raised by British parents, she knew Traditional Shortbread would be perfect along side her daughter's tea..... 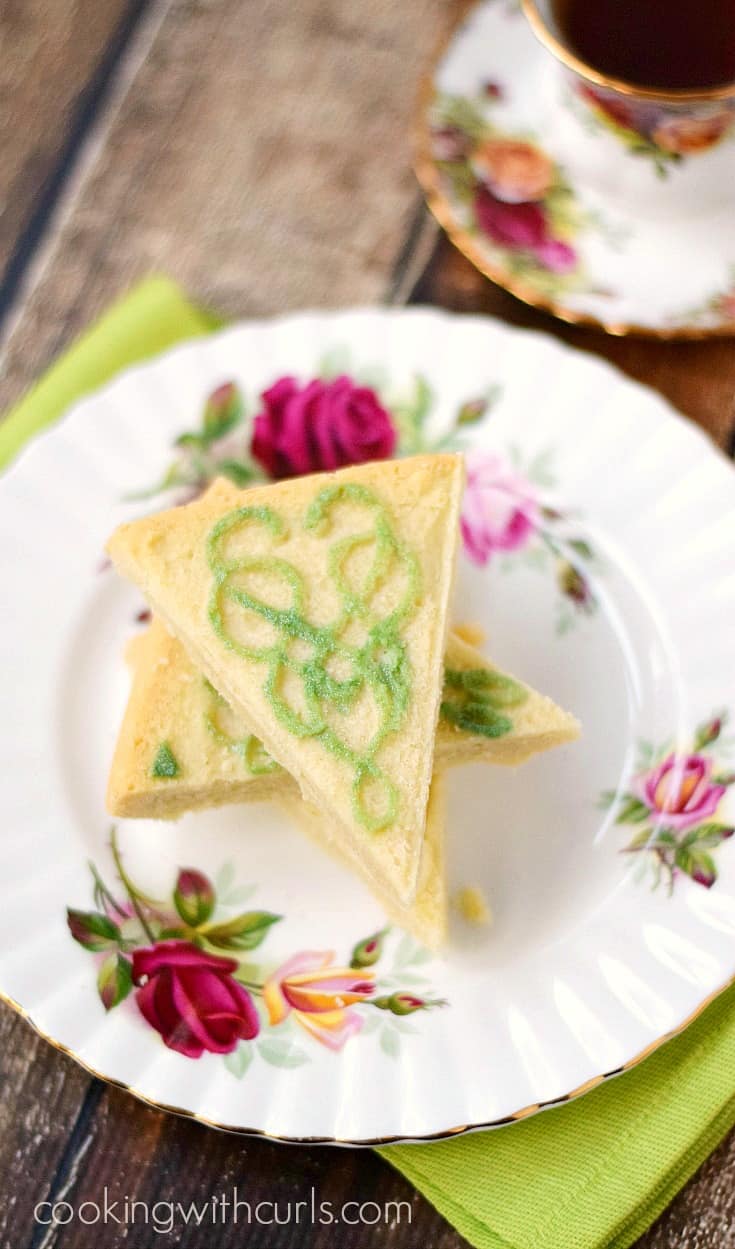 So she finished her shopping trip at Target, where she also found a travel mug {for the daughter that is late for everything}, a Spanish to English dictionary {because her daughter is fluent in French, NOT Spanish}, some ink pens, some of her daughter's favorite treats {to keep her going late into the wee hours of the morning},and a dinosaur {because her daughter hates Jurassic Park...and dinosaurs 😉 }

The mother then came home and started to prepare the delicious Traditional Shortbread.

How to make Traditional Shortbread:

First she preheated the oven to 350 degrees. Sprayed the shortbread pan, or 9-inch baking pan, with cooking spray and beat together the butter and sugar in a large bowl until creamy..... 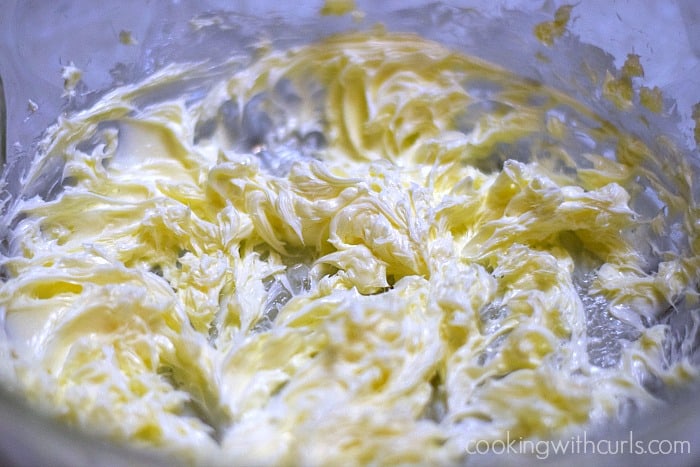 Then she added the flour, and mixed it together until it held together..... 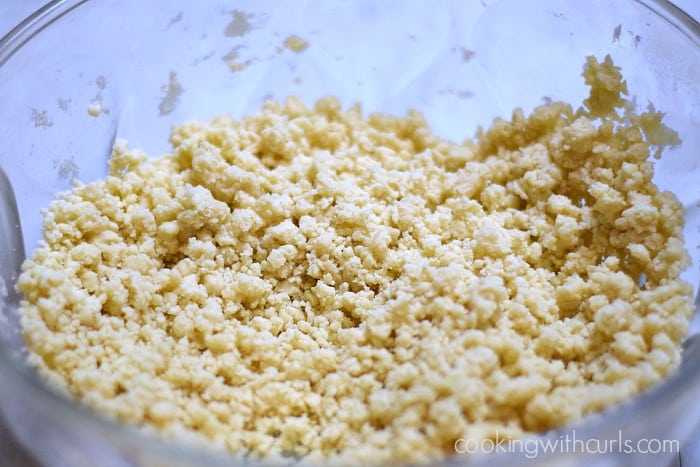 Then she placed the dough into the prepared pan, and pat it down until smooth..... 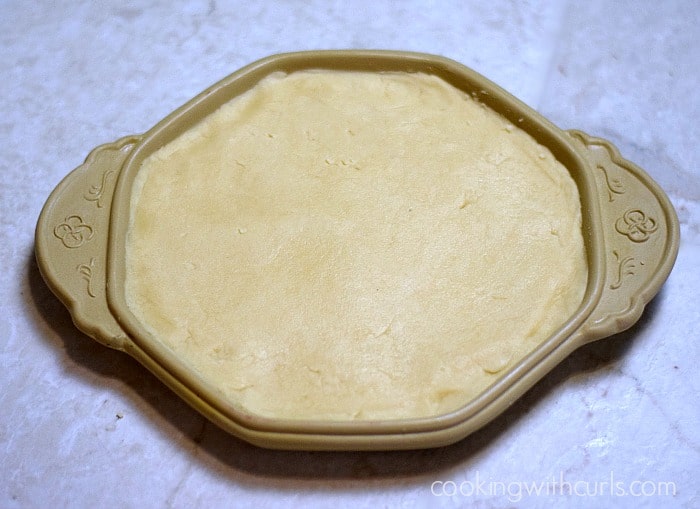 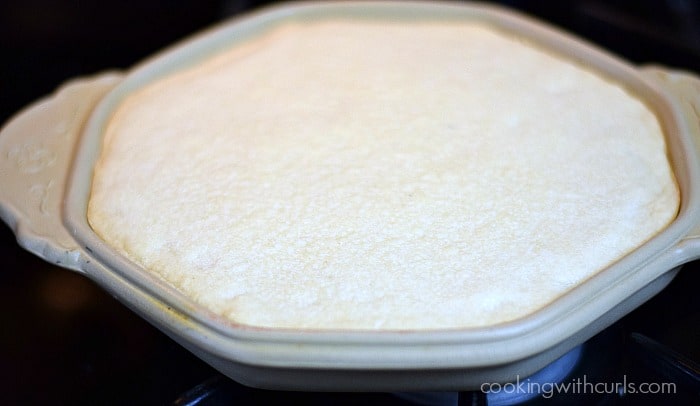 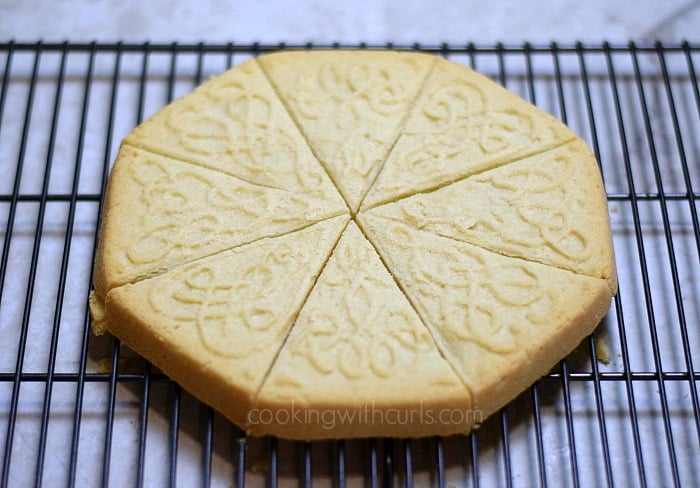 She then cut the shortbread into wedges using a sharp, chef's knife. The mother's shortbread is already scored by the pan, so that made things easy. She allowed the shortbread to cool, and then tried a piece with her favorite Bigelow Tea {for quality control of course}..... 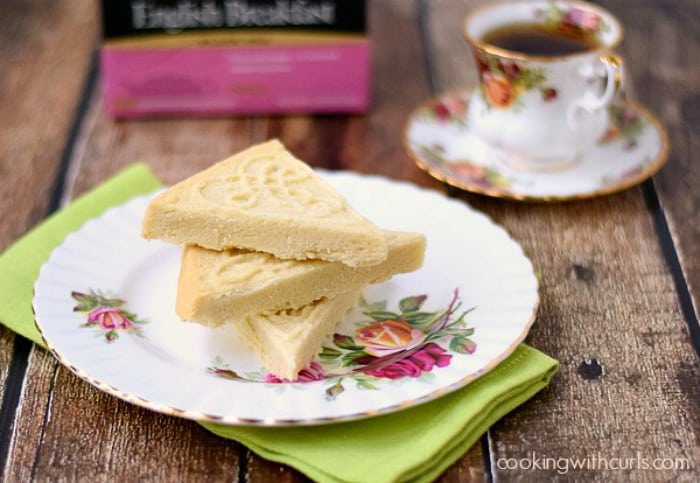 Once the mother knew that the Traditional Shortbread was perfect, it was time for her to assemble the care package for her daughter. She wanted the tea to be stored in a cute container that her daughter would enjoy, one that would take up less space than all of those boxes! So she bought a cute tin and placed lime green stickers on top... CASSI'S TEA {just in case any of the villagers were confused}..... 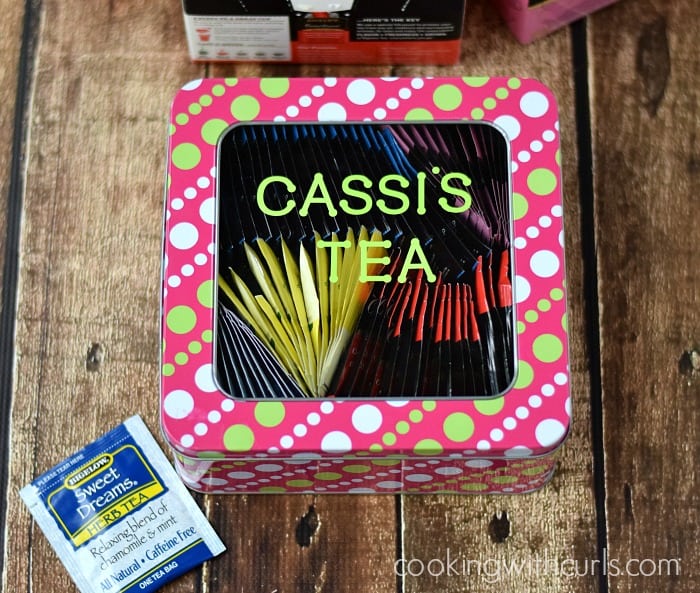 She then started placing all of the items together in a box for shipping {thankfully, not by horse and carriage}..... 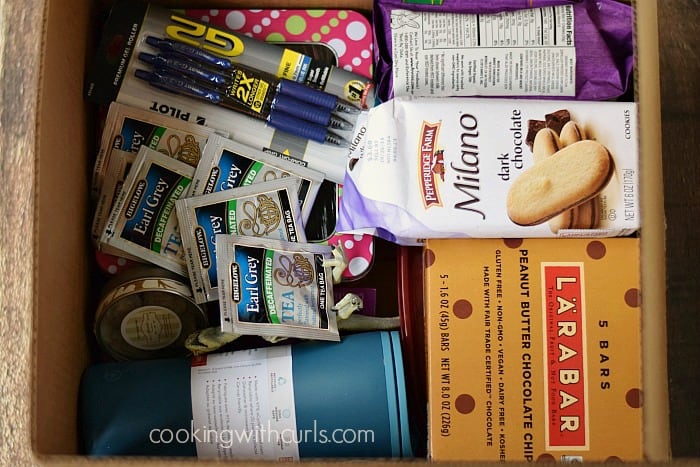 The mother so wishes that she could be there to see her daughter's face when she finds the dinosaur underneath the Earl Grey Tea!! No matter, she is sure that she will hear all about it.....from her daughter's roommate. 😉  THE END

How to decorate traditional shortbread:

The end of the story, but not this post. If you would like to decorate your shortbread like I did above, simply sprinkle some edible glitter into a small bowl and add a small amount of vodka to create a thin paint. You want it thin enough to spread, but not so thin that the color disappears..... 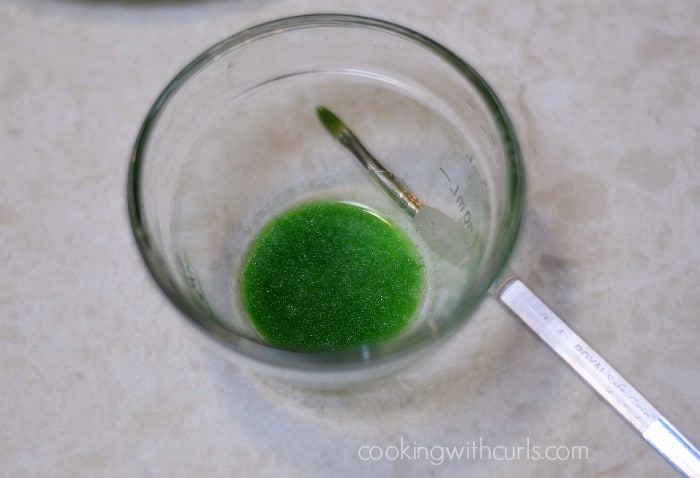 It is a tiny amount of vodka, and it is used because it evaporates very quickly! Use a clean paint brush {mine is specifically for painting cookies}, and paint your design onto your shortbread. My pan made the design, I just followed along with the paint..... 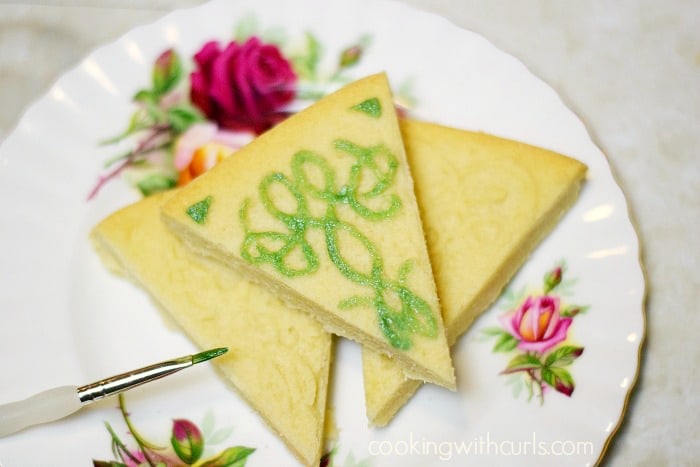 Just have fun with it, it doesn't need to be perfect. 😉  Now grab a cup of your favorite Bigelow Tea. 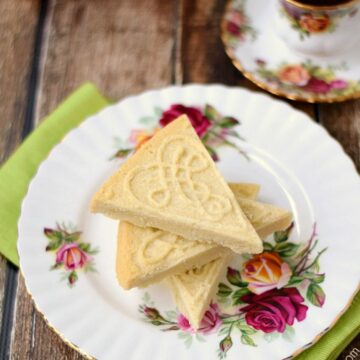 Prevent your screen from going dark

If you would like to decorate your shortbread: Mix edible glitter and a small amount of vodka together in a small bowl. You want it thin enough to "paint", but not so diluted that there is no color. Use a clean paintbrush to paint on your design.

Hi, I'm Lisa - Welcome to my kitchen! I have a passion for good food and love sharing my creations with friends, family and everyone that loves a homecooked meal. This is where I share my favorite recipes with step-by-step instructions as well as tips and tricks to help you make these delicious recipes in your home.