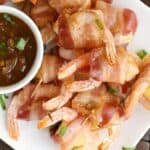 Have you ever hosted a party where one item was being fought over…..by everyone? These Teriyaki Bacon Wrapped Shrimp won that distinction at the birthday bash last weekend. We went through 3 dozen in less than 15 minutes and people still wanted more!! I will make twice as many next time….. 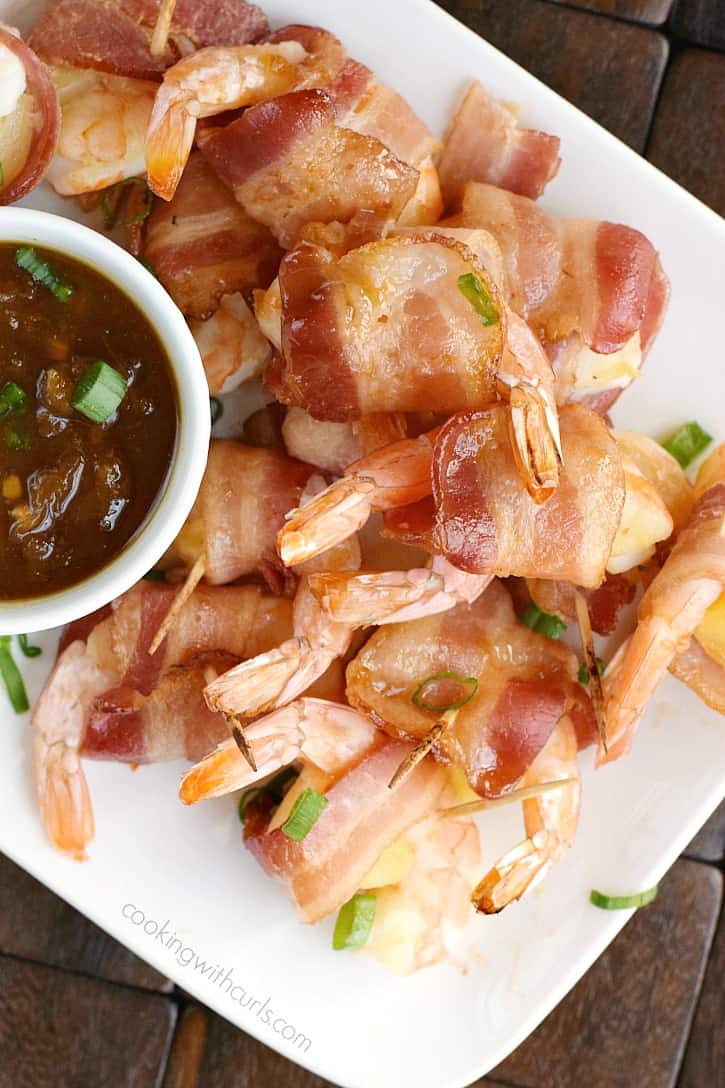 They are a bit time consuming, so next time I will also make them up ahead of time. Note to self — never try out a new recipe when hosting a party for 75 people!!

Now in fairness, I was only expecting 40 to maybe 50, and I had no idea that the majority of the guests are on gluten-free diets. That meant that these yummy Teriyaki Bacon Wrapped Shrimp were one of only two gluten-free foods being served!! {the other was Irish Nachos} 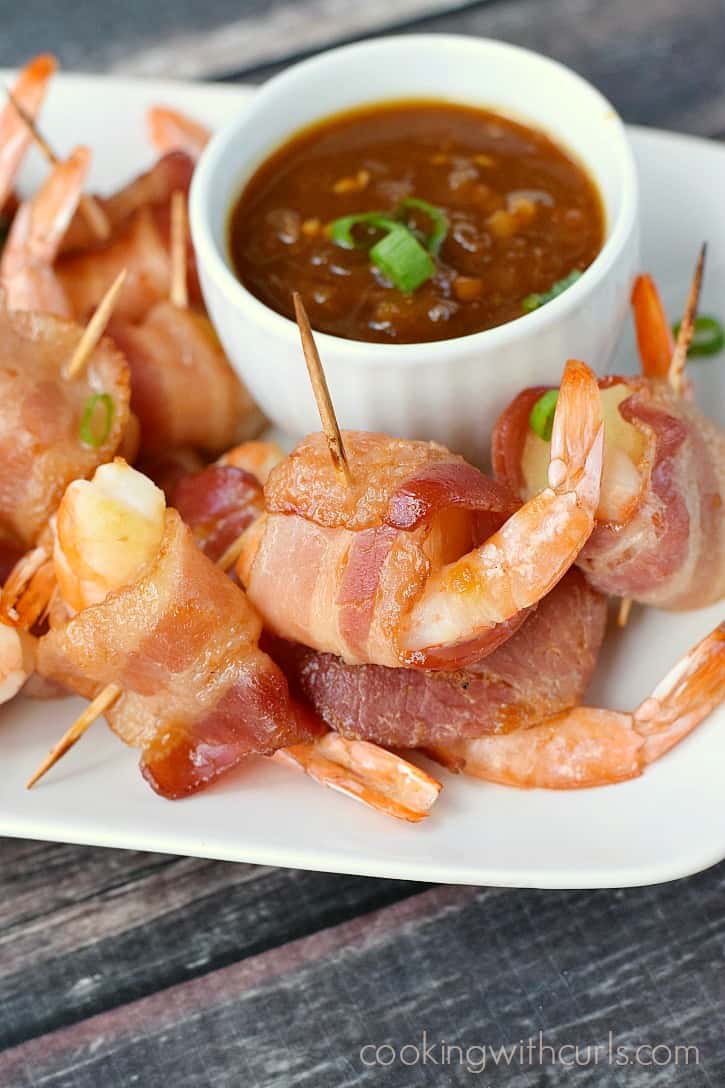 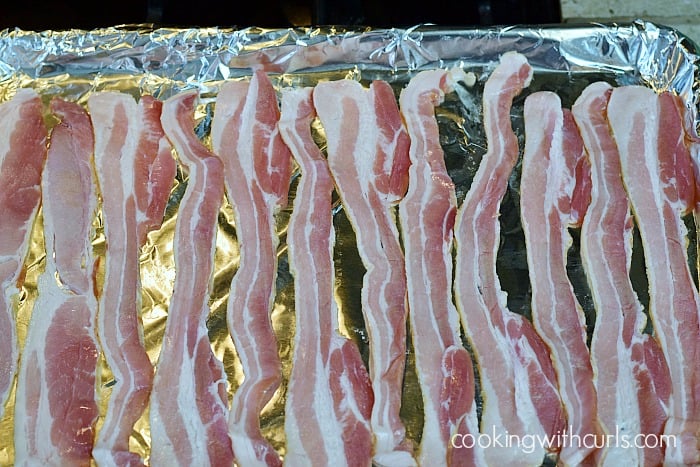 Trust me, this is the easiest way to cook this much bacon!! Now place the baking sheets in the oven and set to 425 degrees. Bake the bacon for 14 to 15 minutes, until cooked but not crispy….. 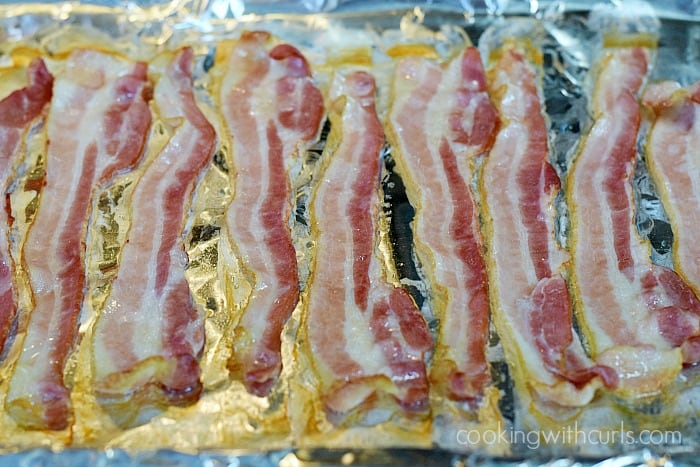 While the bacon is cooking, peel the shrimp {31/40 count} leaving the tail on like so….. 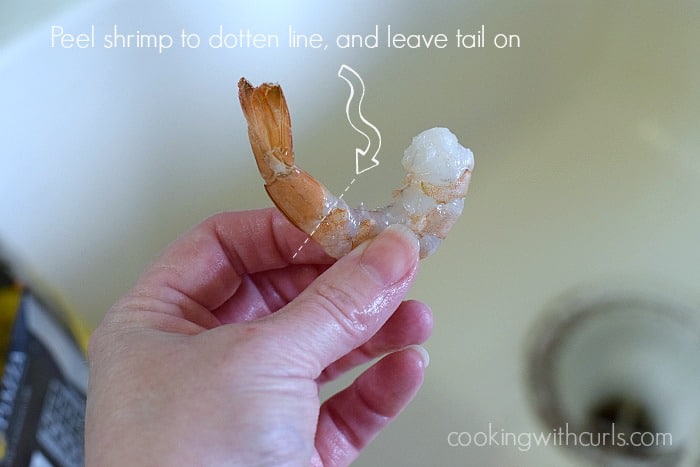 This gives you a handle to hold while you eat your shrimp. 😉 Next, slice the backside of the shrimp open with a sharp knife….. 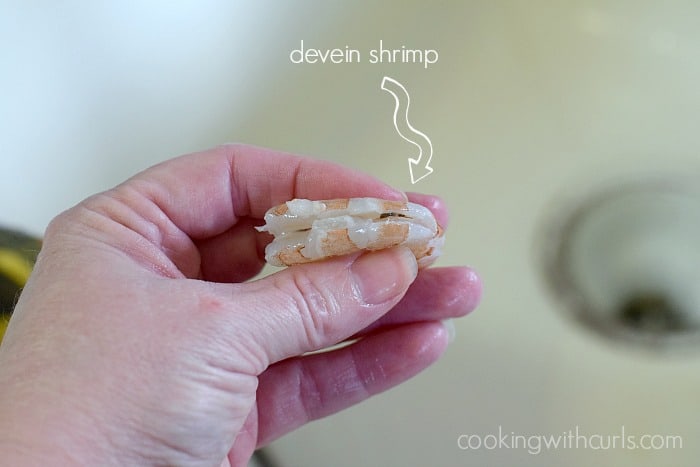 Do you see that black line? That is the vein that you need to remove. Rinse the shrimp and place in a bowl until all shrimp have been peeled and deveined….. 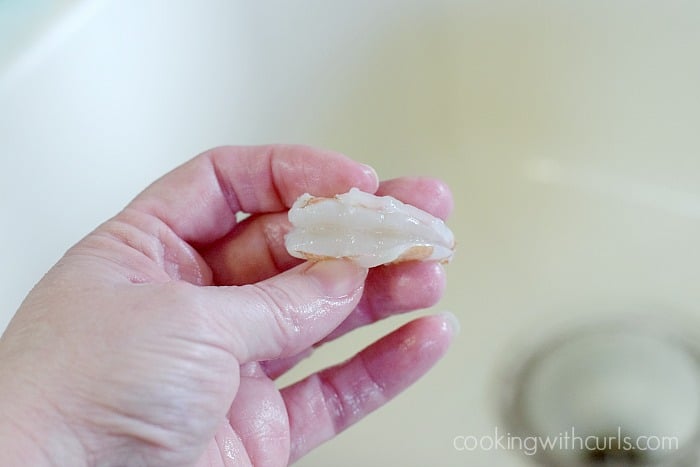 Remove the bacon from the baking sheet and cut the strips in half….. 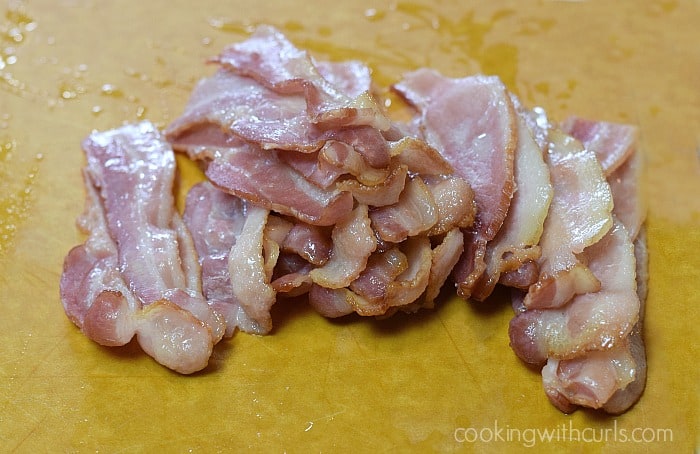 Wipe off the baking sheets, or line two clean ones with foil. Wrap each shrimp and a pineapple chunk with a slice of bacon….. 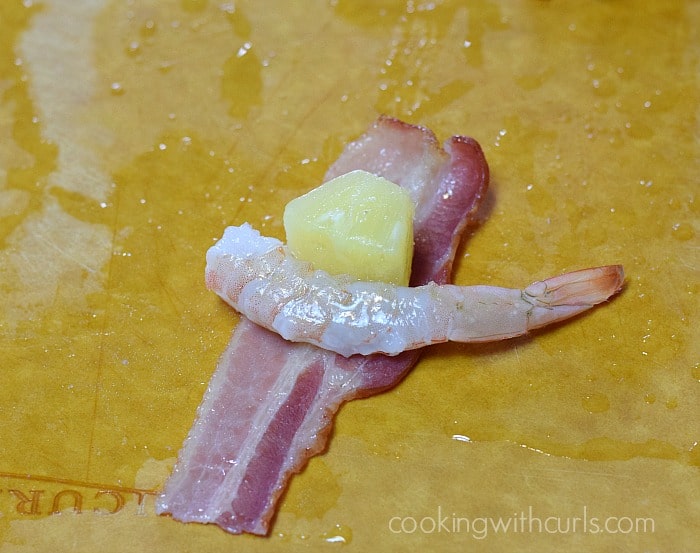 and secure with a toothpick….. 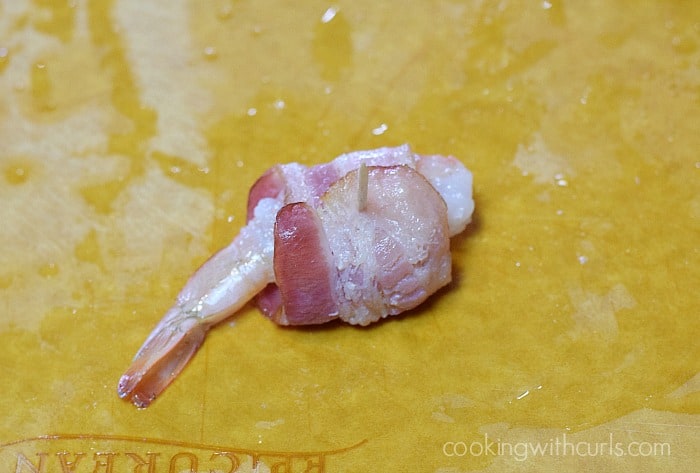 Place on prepared baking sheet and brush with Homemade Teriyaki Sauce {or your favorite store bought}….. 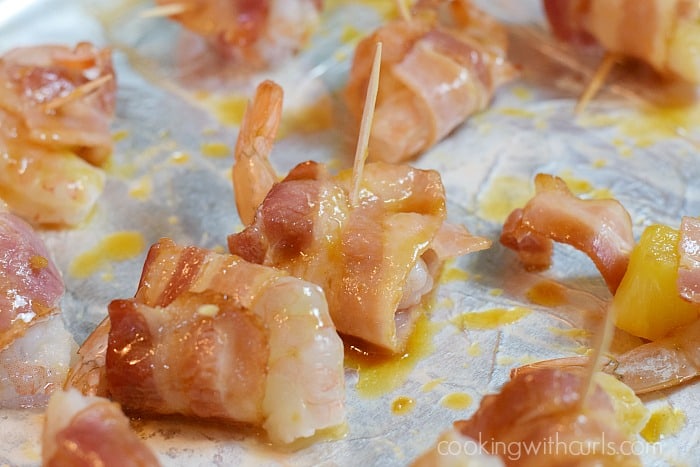 and bake in a 400 degree oven for 10 minutes. Serve with additional teriyaki sauce….. 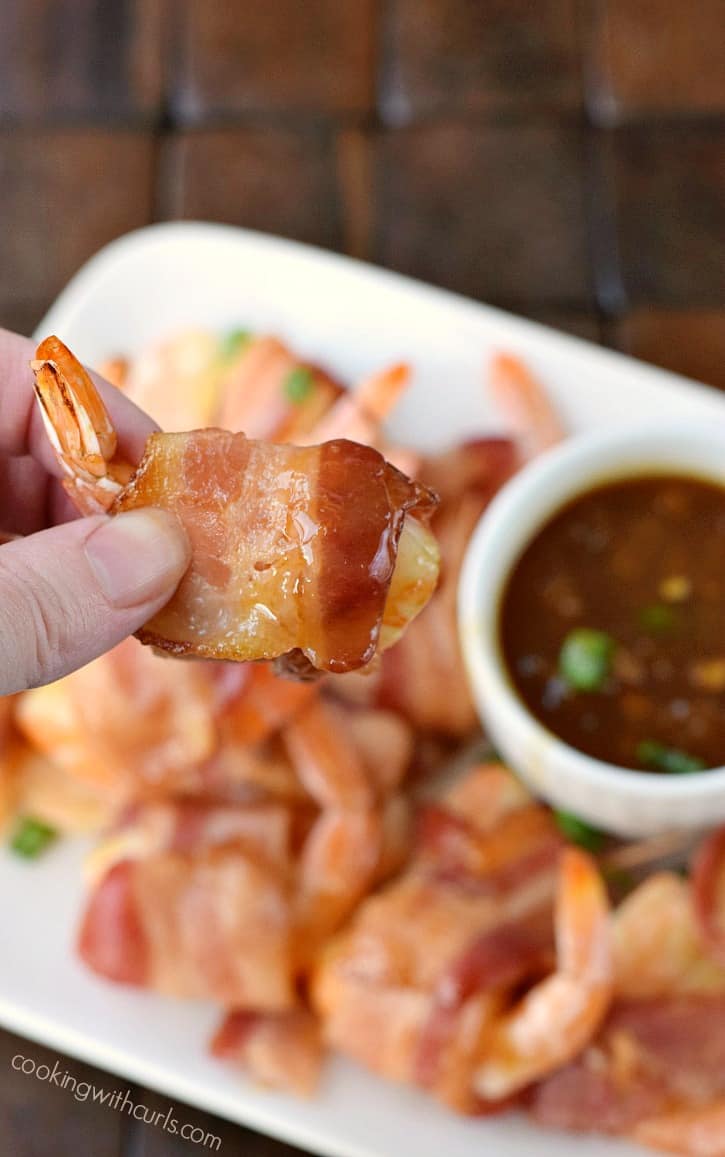 and be prepared to fight off everyone around you!

The birthday bash was definitely a learning experience, and I will have more tips and ticks to share with you later this week. All of the recipes for bacon wrapped shrimp call for “jumbo” shrimp, so I bought 16/20 count….those are too big! We could barely wrap the bacon around the shrimp without the pineapple, so 31/40 works much better. 😉

and Spinach Dip served in a bread bowl

I guess we should have served it with veggie sticks. 😉 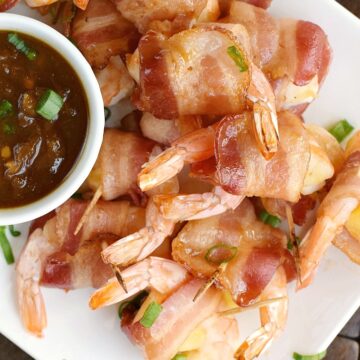 *I baked my bacon wrapped shrimp on the same foil lined pan that I used to cook the bacon.